What to see in Senise

The yellow ochre of sand and the green of woods combine with the bluest of waters to leave an indelible memory in the eyes of the visitor seeing Senise for the first time. It is here that the Monte Cotugno dam was built, one of the major works in Europe in clay. It slows down the flow of the River Sinni and creates an artificial lake of extraordinary beauty.

THE SHOW ON THE LAKE WATERS


Here the historical theme park "Magna Grecia. Il mito delle origini" rises up, a show dedicated to the landing of the Ancient Greeks at Basilicata. It is a majestic performance, with historical reenactments and hundreds of actors and extras supervised by the famous director Emir Kusturica.

After a stop-over at the lake we suggest that you visit the town of Senise, full of tangled alleys which lead to the castle - built in 1200 and reconstructed two centuries after. You cannot miss the ethnographic museum, the ancient noble palaces and the church of San Francesco, dated back to XIV century.

At the end of the day, after spending the morning at the lake and the afternoon in town, you can stop to taste these places' delicacies such as the IGP peppers and the Grottino di Roccanova, IGT red wine - the name of which refers to the typical caves dug into the sandstone where barrels used to be kept. 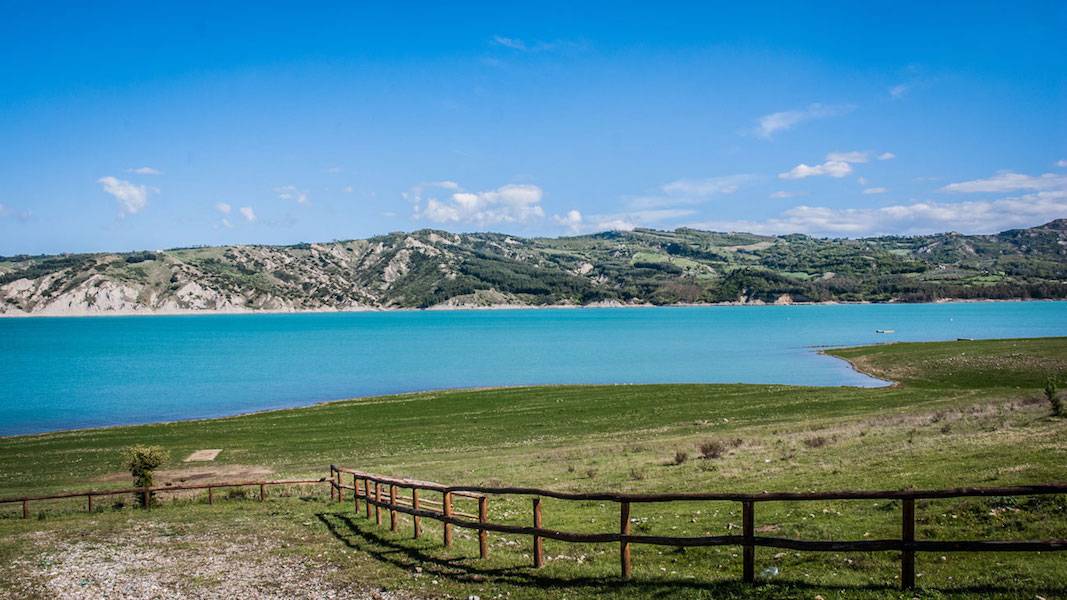 If you want to try typical Lucanian dishes you cannot avoid stopping in Senise. The origins of the sundried cruschi peppers are right here and they represent one the most typical foods of the regional cuisine.

Senise IGP peppers are dried out until they become crunchy ("cruschi", in dialect) to be used in numerous recipes such as with salted codfish or with strascinati (a particular handmade pasta), soft crumbs and cacioricotta cheese (we advise you to try them!).

The huge celebration "Strittul ru Zafaran" (the alley of peppers) is dedicated to the Cruschi peppers in August: there it is possible to taste this food in all its combinations, together with a glass of Aglianico del Vulture or Grottino di Roccanova, IGT wine produced in these places.

The lake of Monte Cotugno is an ideal place to play sports that are in touch with nature. It is an important point of reference for sporty fishing lovers, who can find refreshment in the local holiday farms.

The immense stretch of water is also a scene of meetings and national rowing competitions.

3. THE SHOW OF MAGNA GRECIA

Shining armours, ancient gods, ships and monsters: during the summer the lake waters embellish themselves with lights for "Magna Grecia: il mito delle origini", a "cinespettacolo" dedicated to the landing of the Ancient Greeks at the Ionian coasts of Basilicata. 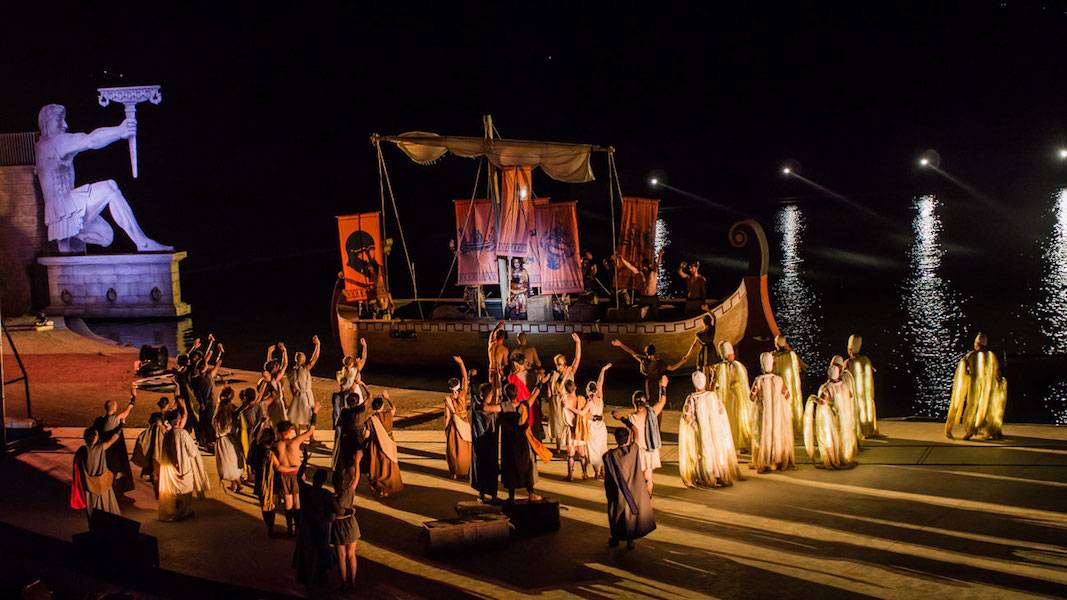 A journey around Senise is also a journey in the antique artisan and farming culture, described in the Ethnographic Museum of Senise, sprung in 2003. Farming tools, aged clothes, things of everyday usage and photographic materials tell us stories of a past that seems to be very far away.

View the embedded image gallery online at:
http://www.basilicatadavedere.com/en/destinations/senise#sigProId0abef5f4a9
Tweet
back to top

Cookies are short reports that are sent and stored on the hard drive of the user's computer through your browser when it connects to a web. Cookies can be used to collect and store user data while connected to provide you the requested services and sometimes tend not to keep. Cookies can be themselves or others.

So when you access our website, in compliance with Article 22 of Law 34/2002 of the Information Society Services, in the analytical cookies treatment, we have requested your consent to their use. All of this is to improve our services. We use Google Analytics to collect anonymous statistical information such as the number of visitors to our site. Cookies added by Google Analytics are governed by the privacy policies of Google Analytics. If you want you can disable cookies from Google Analytics.

However, please note that you can enable or disable cookies by following the instructions of your browser.