What to see in Acerenza

Beauty and mystery are the most appropriate words to describe this village in Basilicata. Acerenza is indeed a graceful village, perched on top of a hill (833 m. above sea level), where the glance of the visitors is captured by the high walls and the majestic cathedral, emerging from the narrow alleys. Not surprisingly, the village has won a place in the charts of the most beautiful villages in Italy.

This beautiful place hides some mysteries, too. For centuries, Acerenza has been a resting point for the crusaders headed to the Holy Land. Some even say that Ugo dei Pagani, the founder of the Knights Templars, was born in Basilicata, in a village not far from Acerenza. In the cathedral, historians have found several mysterious puzzling sculptures representing symbols linked to the Templars.

Acerenza has even more mysteries to share with its visitors: a niche inside the crypt of the cathedral is said to be the hiding place of the Holy Grail, and some experts say that the same cathedral contains the mortal remains of the daughter of Vlad III of Wallachia, best known as Dracula. 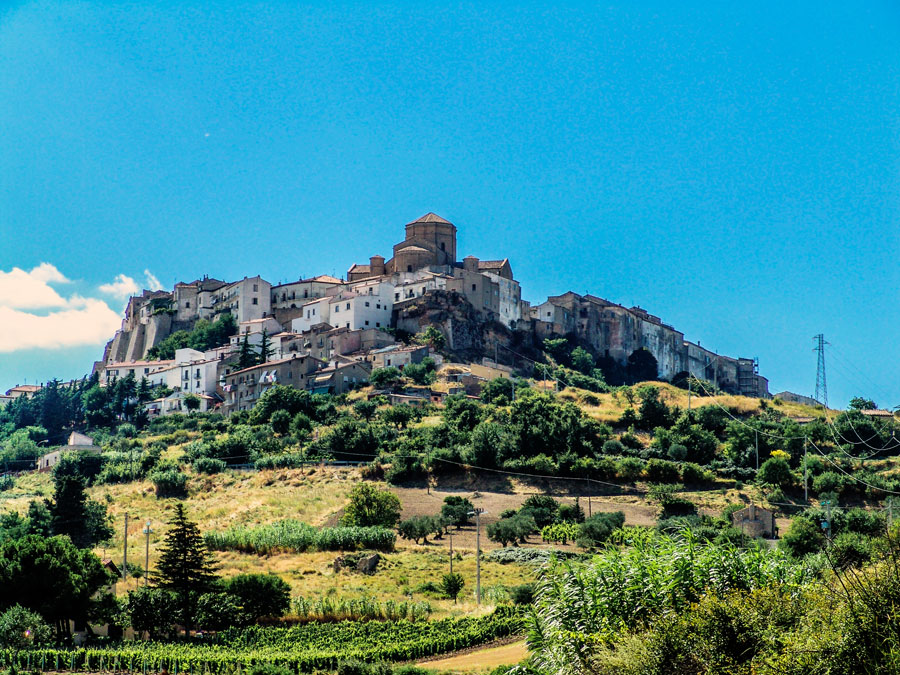 It may seem strange to find such a big church in such a small village (less than 3000 inhabitants), but the Cathedral of Acerenza is a proof a glorious past. This cathedral was erected between the XI and the XIII century on the remains of an ancient roman temple dedicated to Herules, and even now it preserves its ancient – and almost magical – sacredness. 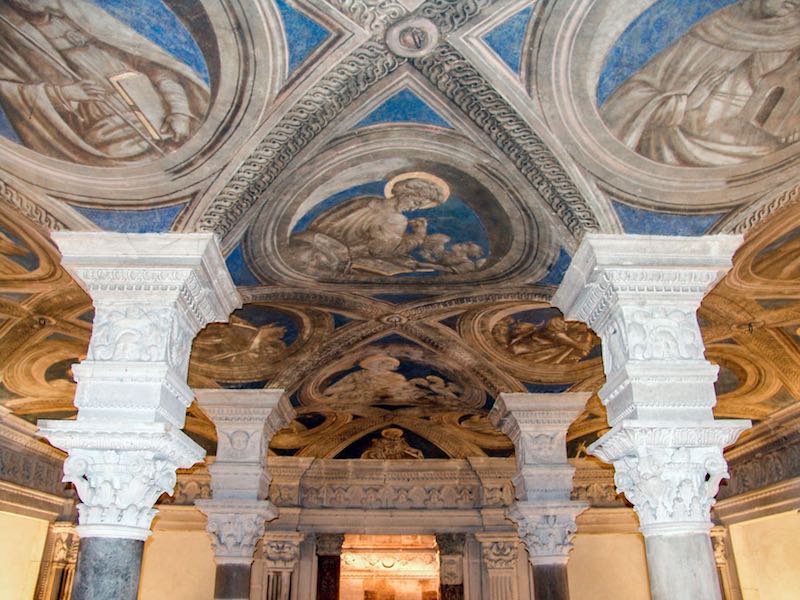 Walking the narrow alleys, at night, one could almost see some ancient warriors moving stealthy, hiding treasures. Indeed, Acerenza was as a Norman military settlement against the Arab.

Later, it was a starting point for the knights headed to the Holy Land. In many ancient buildings it is still possible to see symbols linked to the Knight Templars.

The story concerning the burying of Maria Balsa, the alleged daughter of Vlad Dracula, is more recent and controversial. This thesis is supported by the discovery of a winged dragon (Vlad’s symbol) on the wall of the cathedral. 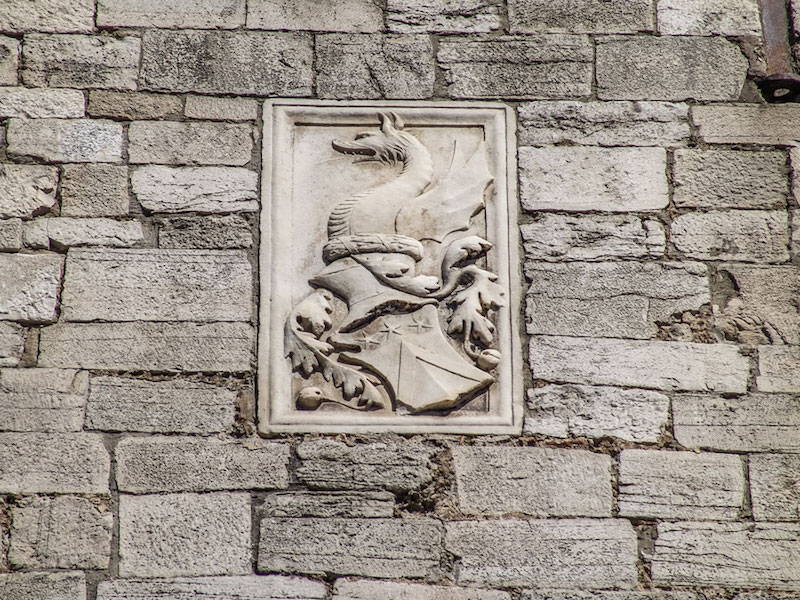 In addition, the name Balsa is thought to derive from the word Balcana (literally “from the Balcans”) and many have found, in the cathedral, symbols linked to this region and to the Vlad family.

We do not know if this story is real or if it is just a legend; in any case, it adds even more charm to this beautiful village.

FOR FURTER INFORMATION PLEASE READ OUR ITINERARY TO DISCOVER VENOSA AND ACERENZA, THROUGH HISTORY AND MISTERY!

View the embedded image gallery online at:
http://www.basilicatadavedere.com/en/destinations/acerenza#sigProIdc739cb78f9
back to top

Cookies are short reports that are sent and stored on the hard drive of the user's computer through your browser when it connects to a web. Cookies can be used to collect and store user data while connected to provide you the requested services and sometimes tend not to keep. Cookies can be themselves or others.

So when you access our website, in compliance with Article 22 of Law 34/2002 of the Information Society Services, in the analytical cookies treatment, we have requested your consent to their use. All of this is to improve our services. We use Google Analytics to collect anonymous statistical information such as the number of visitors to our site. Cookies added by Google Analytics are governed by the privacy policies of Google Analytics. If you want you can disable cookies from Google Analytics.

However, please note that you can enable or disable cookies by following the instructions of your browser.